Amir was still thinking about his trip to Kakadu during the last school holidays. He had met Jimmy, a Bininj man and Indigenous guide who works on the boats in the park cruising the Yellow Water Billabong (or Ngurrungurrudjba to the locals) located at the end of Jim Jim Creek. The billabong is home to a vast range of bird, fish, amphibians and freshwater crocodiles. Amir could barely contain his excitement as he walked up and down the boat looking for crocs. The water was pristine, he could see fish swimming beneath the water’s surface. The locals and tourists showed great respect for the park, there was no rubbish to be found anywhere, not like at his local beach.

As Amir sat daydreaming on a rock platform at his local beach, he watched a plastic bottle bob up and down in the water. He found a long branch and managed to direct the bottle to the water’s edge where he grabbed it by hand and removed it from the water.

We all have the power to help keep our coastlines, rivers, lakes, swamps, creeks, floodplains, billabongs and estuaries clean by diverting rubbish from our waterways. This can be done with regular clean-ups, picking up litter when you see it, and changing our behaviour such as limiting our use of single-use plastic.

For children to:
• understand our role as custodians of the land and waterways
• look at our behaviours and adopt a greater perspective
• appreciate that our actions can make a visible difference to the health of our waterways
• undertake a waterways rubbish audit and clean-up
• value water as a precious asset that sustains us.

Care needs to be taken when working around water at all times. When working near the beach, it is important to keep clear of rough surf, cliffs and unstable rocks. When collecting near flowing water, it is advisable not to work after heavy rainfall. Fishing line entanglements result in the deaths of an estimated 1,400 seals every year in Australia. 80% Of marine pollution is generated from land based activities, debris is washed down  rivers and creeks into the oceans.

Junior Landcarers on their own or working as a team, can clean-up waterway to make a visible difference and help improve ecosystems. From picking up rubbish to collecting and analysing data, they can identify the ways people can help reduce waste and protect water supplies.

Adequate preparation of materials beforehand is important and safety instructions are essential. Please refer to the educator notes for a comprehensive list of safety and planning considerations, as well as materials to gather before commencing your waterways clean-up and data collection. 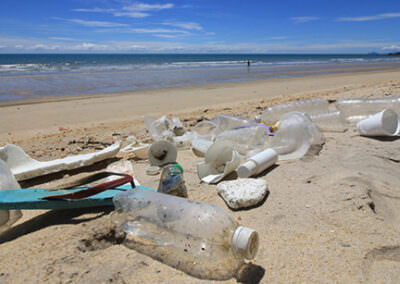 Living things rely on water for their survival. In parts of the country, the health of our waterways is threatened due to human impacts such as irrigation practices, climate change and pollution.

This learning activity has two major benefits, cleaning land adjacent to our precious waterways, and collecting authentic valuable data on the health of our beaches and inland waterways.

Predict what items of waste the children believe they will be collecting during their clean-up. 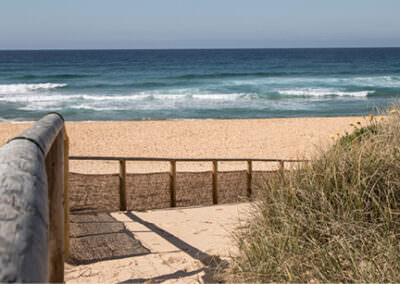 Examine the map of the clean-up area ensuring safety aspects have been accounted for. Refer to the Educator Notes for this learning activity for a comprehensive list of safety and planning considerations.

Outline safety aspects to the children and provide a safety briefing.

Encourage the participants to enjoy their natural surroundings as they clean up. After all, keeping beaches and waterways clean helps protect wildlife, improve their habit and restore the beauty of the waterways. 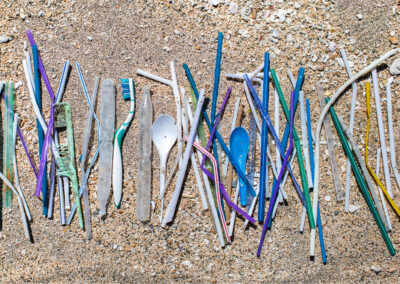 Once the children have finished collecting rubbish for the allocated time frame, gather the children together with their bags of rubbish.

Carefully, tip the bags of rubbish onto large tarps for sorting and analysis.

Use these subheadings to sort the rubbish on the tarps:

Sorting the rubbish will also assist with correct disposal of the waste.

Observe the rubbish items collected, is this what the children predicted to find? 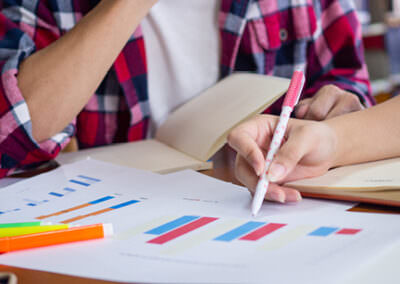 It is now time to tally and record the rubbish collected. There are two data collection options:

Use the Tangaroa Blue Clean-up Data Collection Sheet to tally and note the rubbish items collected.

This data can also be directly entered via the AMDI app on both Android and Apple platforms.

It is now time to correctly dispose of the waste.

Make sure recyclables are correctly processed. Contact your local council for further information.

Use the activity sheet to help analyse what you have collected and discuss together what actions you might take next.

Research natural water sources in Australia that have been listed as either World Heritage sites or national parks for their aesthetic, environmental or cultural value.

MY TIME,OUR PLACE: FRAMEWORK FOR SCHOOL AGE CARE
Outcome 2:and 4

Be inspired  by Junior Landcare Award winner Molly who has developed the Straw no More program encouraging the reduction of straw use Australia wide.

Seal-the-Loop bins help lessen the impact on wildlife in marine and aquatic environments from the dangers of entanglement caused by discarded fishing line and other materials.

ONLINE RESOURCES
Useful fact sheets on waste and actions you can take from Clean Up Australia.

WATCH
Tangaroa Blue Foundation’s 15 minute video How to run a beach or river clean-up. This is essential viewing for the adult group leader and highly advisable for the Junior Landcarers to watch before commencing activities.

Behind The News Ocean Rubbish 4 minute video tells the story of waste in our rivers and oceans and looks at one student’s solution to help.

Catchment management: the story of a river