To learn more about invertebrates, Suyin and her grandfather decided to challenge each other. Every Sunday night, they would decide on a group of invertebrate to investigate. In their own backyards, they would keep their eyes open, make observations and keep a daily tally of how many they spot. Extra points were awarded if they witness their invertebrate doing something special, such as a bee drinking nectar or a cicada emerging from its shell. At the end of the week, they would compare their numbers and their observations. Extra extra bonus points if they have photos to share.

Suyin was confident that was going to beat her grandfather in the first week, she was able to catch Aphids eating the sap on the tips of the garden rosebuds. She hoped that some Hover fly larvae would come along to eat the aphids soon, she had planted out some Alyssum plants to attract Hover flies with her grandfather earlier in the year.

Biodiversity has been perfected by nature over millions of years where invertebrates have played an important role in maintaining a balanced, biodiverse ecosystem. Invertebrates provide services to food crops including pollination and protection from pests.

Learners will draw on their study of invertebrates from the assessment activity to help develop a hypothesis on increasing biodiversity by planting different flowering plants that attract invertebrates, specifically beneficial insects.

In some climates, there will be a reduction in beneficial insects during the cooler months and this may affect the pollination and protection that beneficial insects provide. Keep this in mind when researching your beneficial insect, and use this information to help plan the type of food crop you are planning to grow in the planting activity of this sequence.

An Entomologist is a scientist who studies insects and their relationship to people, other animals and the environment.

Insects that drink nectar such as bees and butterflies, have a proboscis which is a special appendage that they use like a straw.

To pronounce the word proboscis, make the letter c silent; this word has Latin origins.

An Entomologist is a scientist who studies insects and their relationship to people, other animals and the environment.

The aim of this activity is for our young learners to make the connection between beneficial insects in the garden and their relationship to flowering plants. Invertebrates or bugs that provide services such as pollination or pest-predation are commonly known as beneficial insects. These insects can often be encouraged into a garden by planting flowering plants alongside food crops. This is known as beneficial gardening. 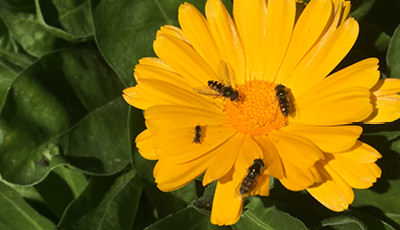 Insects and their roles

Role-play insect pollination before heading outside.

Explain that pollination isn’t the only beneficial role that insects perform. Sometimes, insects are predators and are beneficial because they eat pest insects. When flowers attract pollinators, they can also attract predators.

We will be focusing on pollinators and predators in this activity. 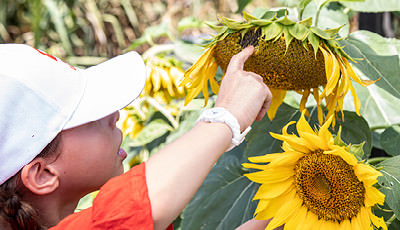 Using the tools and knowledge from the assessment activity, head outside.

Instead of studying the entire habitat, focus on the flowering plants.

Find some flowers (a large clump of flowers works best for this).

Practice quiet, still observation for 2 minutes, allowing the insects to go about their normal business whilst you observe.

Using the paint brushes, gently sweep insects into a container for closer observation.

Place a large sheet of white paper or fabric under some flowering plants and gently shake them. Study what falls out. 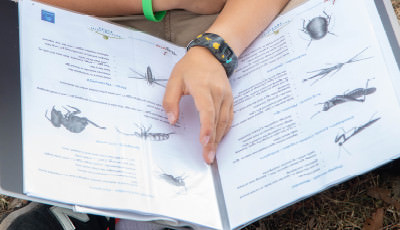 Review your results. Using your chosen field guide from the assessment activity, investigate the animals you have found.

Ask the students to observe the features of their animals and ask if they know what animals could be predators or pollinators.

Take some time to run ‘think-pair-share’, sourcing knowledge from the group. Consult your field guide for more information.

Ask the children: “Have we found any predators or pollinators that we could be a beneficial insect?”

Some common beneficial insects include: 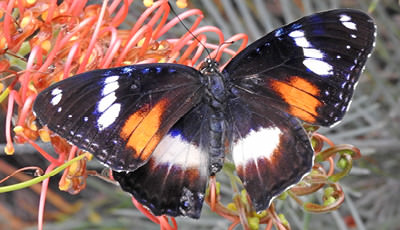 Ask the children to develop a hypothesis (a smart guess) about why this animal was found amongst the flowers.

Either inside or in the garden, use resources (digital or printed), to research more information on the chosen animal. Complete the activity sheet.

Review the activity sheets and as a group, place the insects that were studied into a Pollinators and Predators Venn Diagram.

Share this Venn Diagram with the rest of your school.

Know your enemy. Collect some stems from Aphid-affected plants in the garden (common plants that have aphids include Beets, Chard, Roses, Lettuce, Bok Choi and Beans). Put the stems in a vase to raise them inside. Monitor how their population grows and how quickly they reproduce.

Investigate the land management practices of Aboriginal and Torres Strait Islander peoples. How does sustainable management of the environment protect biodiversity?

My Time, Our Place: Framework for School Age Care
Outcome 2 and 4

ONLINE RESOURCES
Download the Gardenate app  or use the Gardenate website to help determine the timing, spacing, and other compatible plants required for your climate zone.

Here is some further information from the Australian Museum about these common beneficial bugs:

Here is an interesting discussion on companion planting and biodiversity on the Sustainable Gardening Australia website.

ACKNOWLEDGEMENT
This learning activity has been developed in partnership with the Victorian Government Department of Environment, Land, Water and Planning