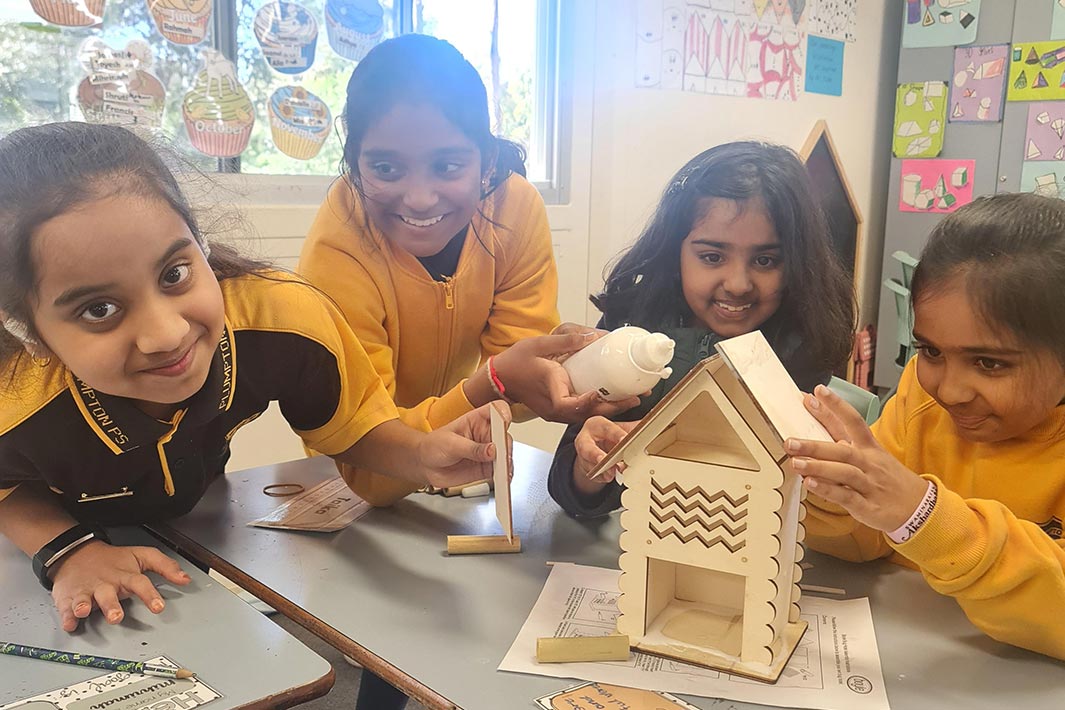 Thanks to their Woolworths Junior Landcare Grant, Plumpton Public School was able to renew their Yarning Circle area with native plants and create habitats for local insect life.

From researching the best plants to add to their Yarning Circle to building bug hotels, the NSW school’s ‘Yarn About Tucker Garden’ helped children get hands-on with caring for their local environment, and see first-hand the impact of their hard work.

"Class 3/4N loved being involved in making a difference to an area of our school. We feel proud that our efforts have attracted increased wildlife and that our peers are enjoying meeting up and playing in the area," shared 10-year-old Shruti.

Through their research, students were able to select plants that would survive in the particular patch of school grounds where the Yarning Circle is located (i.e. dry, prone to muddiness and weeds, lots of leaf litter, hot but shady at times and a common student thoroughfare area of the school).

Students were able to see through their audits that the school was home to more than just insect life. They also discovered lizards and other reptiles on site as well as a number native birds.

Students were also able to appreciate the significance of developing a Yarning Circle as deepening their connection to First Nations perspectives. During NAIDOC week, a smoking ceremony was held at the site.

Students were involved in auditing plants and wildlife present before and during the project, which helped them to see the improvements they’d made. The school was abuzz with excitement when they spotted the return of Fred the Lizard as well as a snake in the leaf litter.

By taking part in the project, students at Plumpton Public School have enjoyed being outdoors and getting involved in a project that “will leave an everlasting mark” on the school and local environment.

What was previously a neglected corner of the playground field, has become a quiet area where small groups of children like to play. Students, having seen many lizards in the garden now go on hunts to spot them. They have also learned to respect the new plants and do their best to respect them during play.