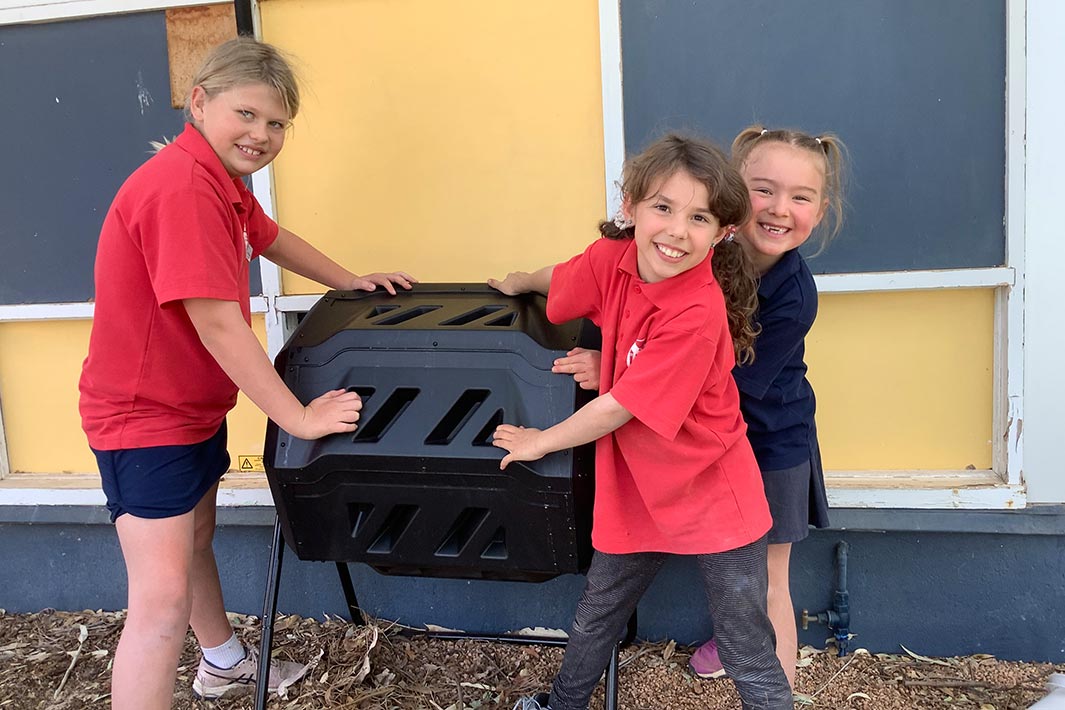 Ross Park Primary School’s ‘ReThink and RePlace Waste’ project set about increasing awareness among parents, teachers and families about food waste and how to recycle, repurpose and reducing their waste.

Students got involved by educating their peers and the school community about making conscious decisions when it comes to food waste. They set up collection points to provide alternative ways to get rid of waste, which included building and maintaining a compost heap and running a container recycling program at the school.

As part of the project, the school also ran a whole school competition working towards tidying up the school grounds, where students inspected classes and handed out certificates at assembly.

Students learnt more about the importance of the managing waste and the different ways to do this sustainably.

The project also gave students the chance to interact with other classes and fellow students, as well as their families, about reducing waste. This helped them become more aware and develop routines to consistently make sure all food waste goes to compost and all 10c containers are collected.

Ten recycling bins and three compost bins were set up as part of the project, which greatly reduced the amount of food waste that used to end up in rubbish bags. It is also estimated that approximately 180kg of litter was diverted from the landfill through the student’s collection efforts.

"It is great to see students rethinking and replacing their waste before automatically going straight to the general waste bin. They now collect 10c containers and place their food scraps for the compost," shared teacher Michelle Lawson.