Learning about biodiversity by setting up an outdoor learning hub 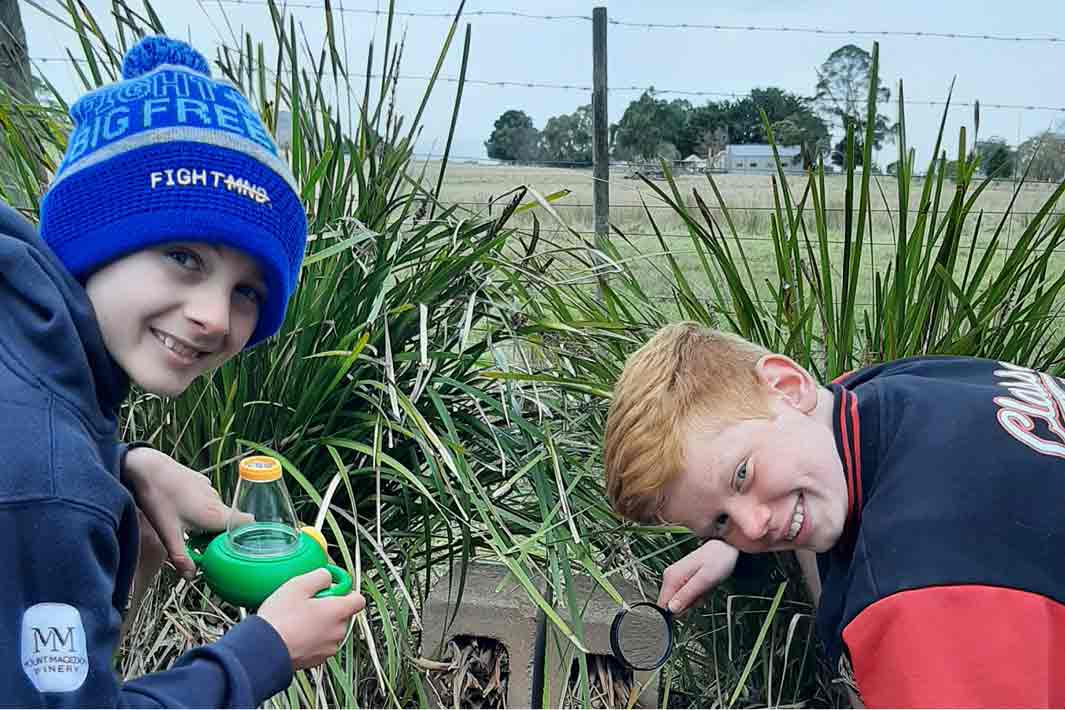 Project Overview:
Located in a small town north west of Melbourne, Newham Primary School received a 2021 Victorian Junior Landcare and Biodiversity grant for $4,742.65 to provide students with an opportunity to participate in biodiversity focused hands-on project and environmental learning activities. The project improved biodiversity on their school grounds by creating, enhancing, or restoring habitat for local native plants and animals. They also set up a biodiversity focused outdoor learning classroom, or Biodiversity Learning Hub (BLH), so that students can learn about valuing and actively caring for Victoria’s biodiversity and natural environment.. Habitat boxes, bug ‘motels’, logs, rocks and a 'lizard lounge' have been installed, providing immediate habitat for fauna.

The school also bought biodiversity focused educational equipment and structures to provide opportunities for observation and monitoring, including magnifying glasses, and binoculars, two motion sensor cameras, and they set up photo monitoring points.

To ensure the inclusion and sharing of Traditional Owner cultural values in the project, the school consulted with the Wurundjeri Woi-wurrung Cultural Heritage Corporation. Working bees were also held with school families and the Newham and District Landcare Group to encourage community involvement throughout the project, from planting seedlings to moving mulch and bringing in logs to provide habitat.

Educational Outcomes
Senior students have been involved in the project from the very beginning, learning about biodiversity, local flora, fauna and habitats, and drawing up designs for the layout of the Biodiversity Learning Hub (BLH) based on the knowledge they have learnt. This included the need to include features such as an insect habitat and areas of rocks to act as a heat bank for reptiles.

Students also participated in two Earthwatch Kids Teaching Kids (KTK) Conferences and Forums, where they got to make a video about animal species that might be observed in the Biodiversity Learning Hub, and went on an excursion to both a wet forest and a dry woodland forest to learn more about biodiversity.

Students from grades 3 to 6 also attended presentations on habitat boxes, animals that may use them, and how to install and monitor them. They also learnt how to use motion sensor cameras and record data and metadata, how to identify scats and other traces of fauna.

Environmental Outcomes
By fencing off an area from mowing, the project has allowed existing indigenous plants, such as common tussock grass, to naturally re-establish itself. The addition of mulch to cover much of the area has also helped to suppress exotic grasses and thereby help the indigenous plants to grow. The diversity of the indigenous plants that were planted will provide habitat for a broad range of insects and other local fauna as the plants become established.

By including extra habitat features, such as seven nest boxes, bug ‘motels’, rocks and logs – animals now also have more food, as well as nesting materials and habitat to encourage fauna biodiversity.

A selection of nectar and pollen rich flowering indigenous plants has also been planted to attract pollinators when in bloom.

Conclusion
This project has not only increased students’ awareness of biodiversity by creating an area that increased the biodiversity of flora and fauna, it has also increased engagement with the wider community. Through the school newsletter and by bringing together students, family members and community members, the project has helped to grow broader awareness of valuing and actively caring for Victoria’s biodiversity and natural environment. 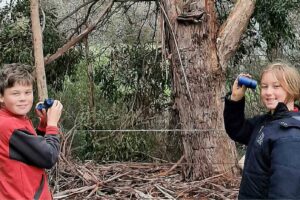