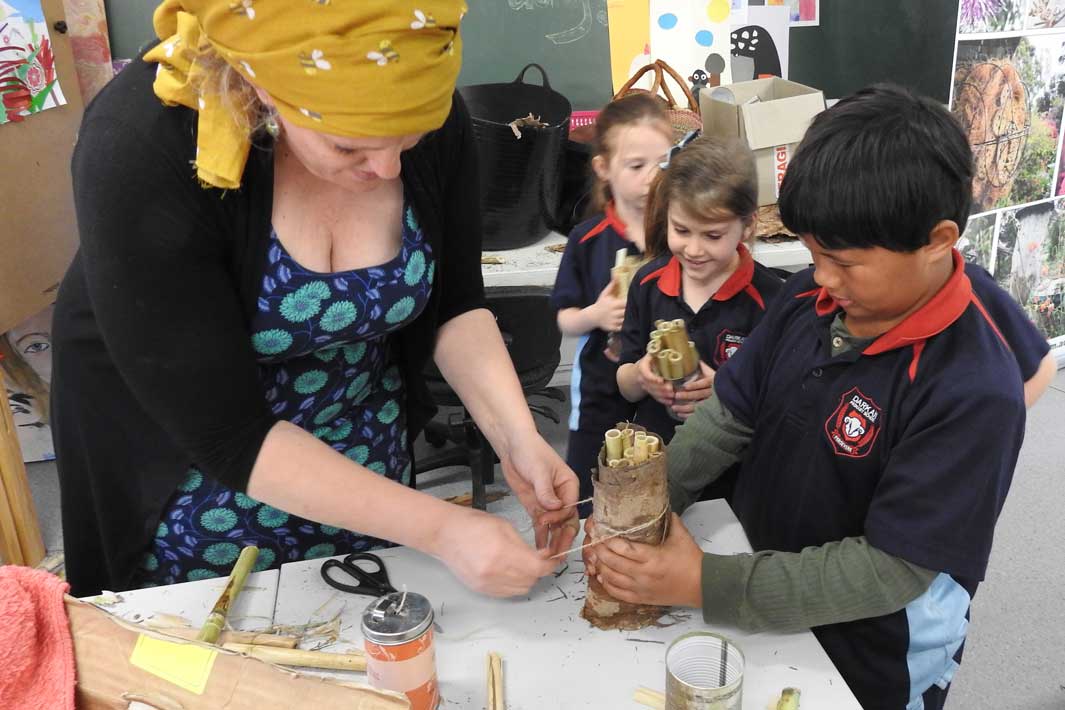 The small town of Darkan in Western Australia’s wheatbelt region, holds significant Noongar history. In the 1860’s, the area was named Darkan, an aboriginal name, meaning Black Rock. Unfortunately, as the Noongar history of the area has been lost, many Darkan Primary School children never had the opportunity to learn about the area’s Indigenous culture in a ‘hands on’ manner.

The school secured a 2020 South32 Junior Landcare Enhancing Habitat Grant for nearly $5,000 to fund its Connecting Kids to Country project, with the aim of teaching the students about the cultural history of local Indigenous Australians area through the creation of a bush tucker garden. This garden would help the children learn about the importance of bush tucker and native pollinators.

The creation of the bush tucker garden produced numerous environmental outcomes, including increasing habitat for native birds and pollinators and enhancing biodiversity through weeding and planting.

The native plantings are now providing food and shelter for the wildlife that utilise them, as well as providing a healthy food source for students, staff and the community.

A Darkan Primary School student said, “We presented our new Bush Tucker Garden to parents and visitors. Mrs Goss tried the Youlk that looks like a potato but tastes like a carrot. Then the Bush tucker man came and passed around some sea celery some people liked it but others didn’t.”