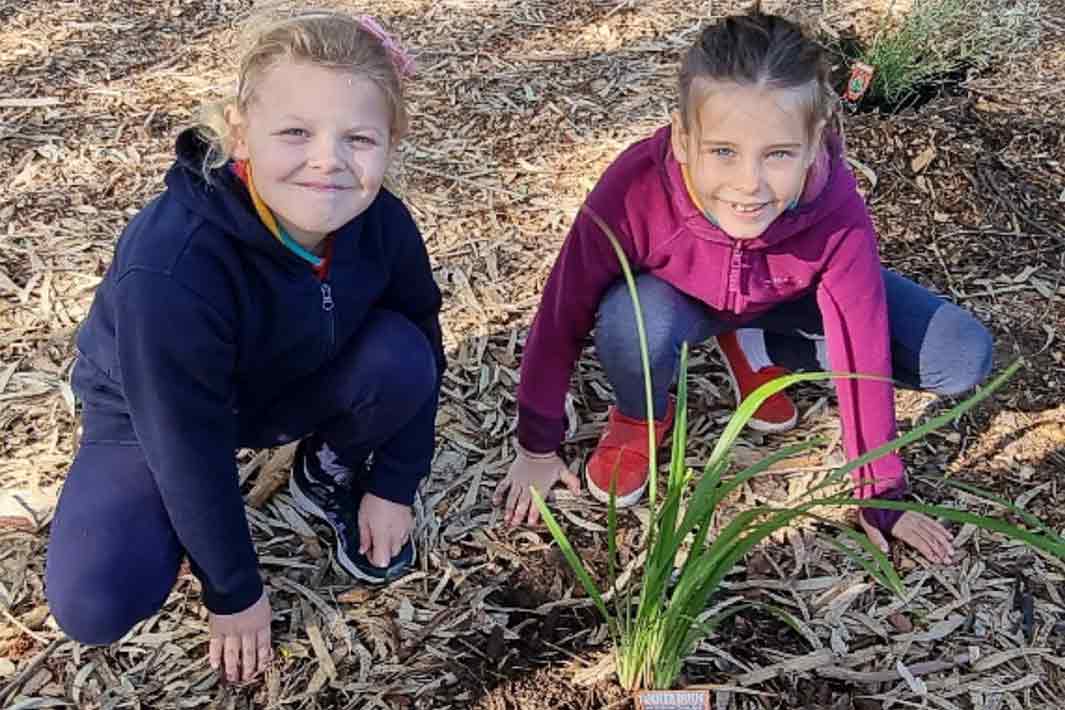 Forty-five students from Bold Park Primary School were involved in developing a native garden to attract bees thanks to a Woolworths Junior Landcare Grant.

The students began by researching bees, and the native plants that support bees. They were introduced to the seasons of the Noongar calendar by an Aboriginal consultant, and aligned their planting to this. The students selected and planted a variety of native plants, both bush tucker and flowering. They also designed and constructed two garden spaces, one for the bush tucker and flowering natives and one that included a variety of fruit and vegetable plants.

The productive gardens were harvested throughout the year and the students prepared food such as Warrigal Greens Pesto and Native Dukkha to share with each other, the school community and their families. They even bottled and sold some of the Native Dukkha at the Perth City Farm Markets.

The children enjoyed planting the plants and regularly monitoring their growth. They also enjoyed harvesting the produce and sharing it with other members of the community. They were inspired to promote bush foods and created a market stall at Perth City Farm, educating more people about bush tucker.

They were excited to share bush tucker with the community and come up with ways of including it in every day foods, such as adding wattle seed and dried lilli pillies to cereal.

Through the project, which included research and learning about the inter-relationships between plants and insects, and the complexity of ecological systems, the children learnt about biodiversity and what we can do to help create healthy ecosystems.